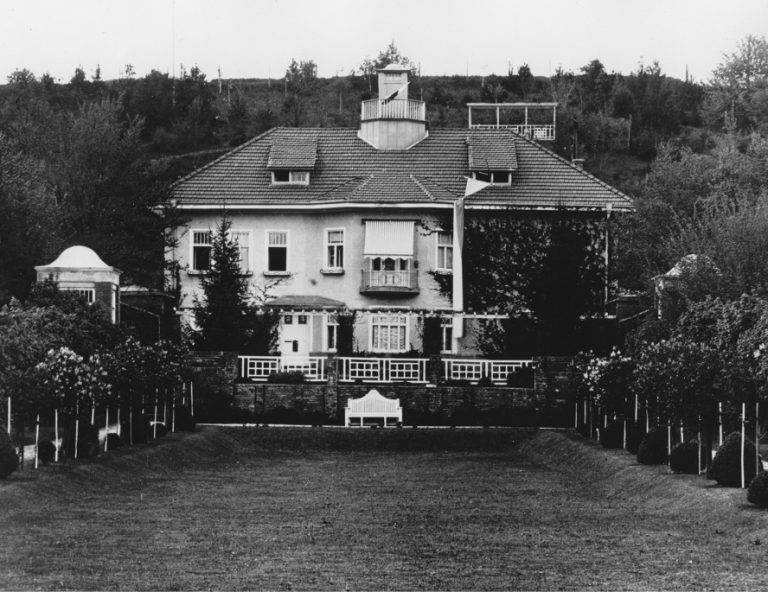 In the spring of 1909, construction work began, and construction plans and construction were first carried out by Frantisek Novak, a builder from Vizovice. However, Tomas Bata soon asked a prominent Prague architect, AVU professor Jan Kotera, to redesign the original concept. Jan Kotera won Tomas Bata in his unique way, with which he was able to perceive the functionality of the whole space and also with his uncompromising nature. Unlike other important personalities, Kotera was not afraid of Bata and did not approach all his demands. It was their first collaboration. His goal was to create a home that would reflect the character of its owner and meet his needs. Its changes mainly concerned the layout of the living space, to which he thus imprinted a more practical use. The airiness that Tomas Bata admired so much, Kotera was able to impress the whole simply through the open floor in living space, the implementation of the gallery, which connected the living rooms on the first floor and a separate staircase to these spaces.

Villa of the Batas

Tomas Bata’s Villa is one of the most important historical monuments in Zlin associated with the industrialist Tomas Bata and at the same time represents an excellent example of villa architecture of early modernism represented by the work of architect Jan Kotera. The villa was built by Tomas Bata in the years 1909 – 1911 as his future family residence outside the factory complex on a plot of land north of the railway line and the Drevnice river. 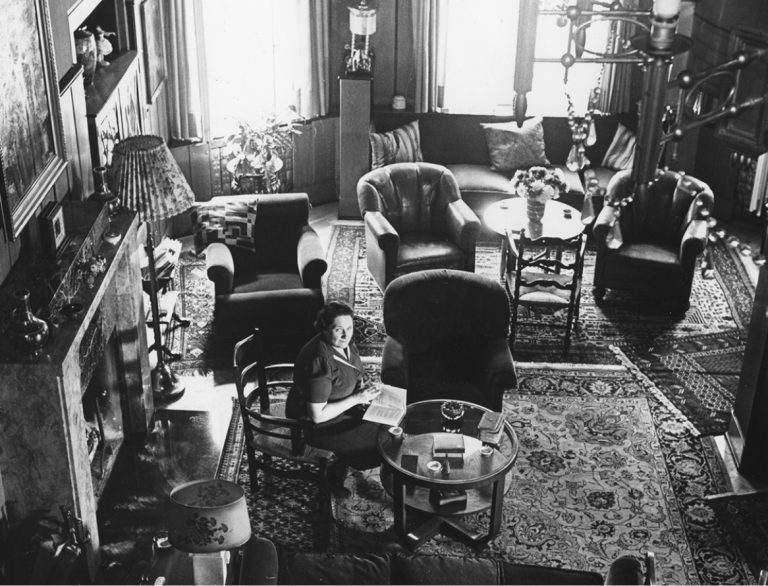 Villa of the Batas

Kotera tried to simplify the exterior of the villa and give it a more compact shape. The land of the villa is located near the Drevnice river, so Kotera had to take into account the possible risk of floods when implementing the exterior. He eliminated the possible risk by creating a terrace, which directly connected to the living space, but also due to the elevated position, thanks to its connection to the brick bust, separated the house from the garden, which led to the river. The terrace was separated from the garden by two arcaded, inwardly oriented corridors, which were finished by pavilions, which  concluded the overall compact appearance of the exterior.

In 1911, the villa was completed according to the plans of Jan Kotera. The villa and garden have undergone a number of alterations over the years.

The ground floor of the villa was used for active family and social life, and consisted of a spacious central living room, which was followed by two wings – one served as a library and the other as a dining room. The men’s lounge with a preserved decorative grille by the Prague sculptor Jaroslav Horejc was also accessible from the library. The dining wing was connected to the kitchen and conservatory. Part of the first floor was also the boss’s office, which is located next to the entrance door to the villa.

The ground floor is characterized by high ceilings and an open floor with a gallery, which has become a connecting element of the second floor. Open living space is dominated by large windows with stained glass, designed by a graduate of the Academy of Arts, painter Frantisek Kysela. A distinctive decorative element of the representative entrance room is a central brass chandelier from the Kotera era, which has been preserved without crystal ornaments. From the ground floor there is a double staircase. The first leads to the second floor, which served as a rest and relaxation zone for the inhabitants of the house. There was a guest room with a private bathroom, a children’s room, a women’s room for Mary Bata and a bedroom for the couple. The bedroom had its own bathroom and dressing room. This floor also provided a small room for a maid. The second staircase, also so-called for servants, leads from the cellar to the attic, in the villa it was also called “stealing away”. If you needed to leave the villa in silence, this staircase was the ideal way, connecting all levels of the house and directly connected to the back entrance.

The interior of the ladies’ room was later equipped with furniture by Dusan Samo Jurkovic. The ceiling of the bedroom was decorated with frescoes and was equipped with a combination of wooden and tubular furniture. Kotera used the favorable effects of wooden paneling on the walls, similarly to the ground floor rooms.

The attic of the villa offered two rooms for guests and a maid for the land. From the attic, one also entered the turret, which offered a view of the factory and the city.

Tomas Bata highly valued the cities, which with their garden character and green areas provide the inhabitants with enough rest in nature, therefore the garden around his private villa was large and the Prague garden architect Frantisek Thomayer also took part in its design. At the same time, the Zlin industrialist had trees planted, the slope behind the villa and had narrow footpaths built, along which it was possible to walk comfortably. Part of the slope behind the villa was also a spacious gazebo, which was used for afternoon weekend siestas. Frantisek Lydie Gahura, Josef Stepanek and Vladimir Karfik devoted themselves to subsequent modifications to both the garden and the interior of the house.

The exterior of the villa was also complemented by the gardener’s house, which was built according to the design of Jan Kotera in 1911-1915. Subsequently, Kotera also designed the administrator’s house. Later, stables, garages, an icehouse, gazebos, fountains, greenhouses, hotbeds and orchards were added. In 1938, Vladimir Karfik designed the construction of a swimming pool in the western part of the garden. 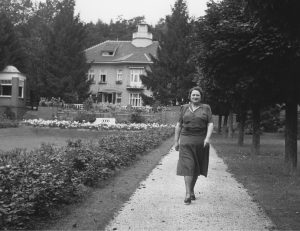 After the death of Tomas Bata in 1932, the villa continued to serve as the family residence of his wife and son. At the same time, it was still a place for diplomatic relations and receiving important guests. Mary Bata maintained an important position in the company and in Zlin and thanks to her personality, education, language skills and social status she became sought-after company for important company visits.

During the Second World War, Mary Bata lived in the villa, after her return back as a shareholder of the Bata company in order to supervise the administration of the company, which was under German leadership at that time.

Baťa’s villa began to experience its most difficult moments after 1950, when it was nationalized and gradually rebuilt into a pioneer clubhouse. Due to careless handling and additional construction interventions, the villa was significantly devastated. The garden plot was significantly crossed by a new road connecting the city center with a newly built residential complex on the South Slopes.

After 1989, the villa was returned to Thomas Bata Jr.., the only son of Tomas and Mary Bata. During the first visit to the villa, Thomas Bata Jr. had a problem recognizing the family house. He donated one million US dollars for its reconstruction. The reconstruction took place in the years 1996-1998. The reconstruction significantly affected the original appearance of the building, the change in layout and interior completely changed the character of some parts of the house, especially on the second floor, which was transformed into office space. The first floor was reconstructed in a more reverent way. The original wood paneling, marquetry and fabric wallpaper, fireplace stove, brass chandelier and marble tiles and floors have been preserved. Throughout the villa, however, the windows were replaced, the window fittings and doors were replaced with replicas of the original ones. The exterior of the villa has also been renovated. Due to the irreversible changes in the space, it will never be possible to return the garden to its original condition, because one of the city’s main roads currently passes through it. The greatest criticism of the exterior renovation was earned by the retaining wall behind the villa, during the repair of which the original stone cladding was replaced by concrete. The garden pool was filled in and forgotten, the sidewalks that crossed the forest above the villa have not been renovated yet.

Although the reconstruction of the villa is perceived as insensitive, Zlin again gained a representative space, which also became the seat of the Thomas Bata Foundation.