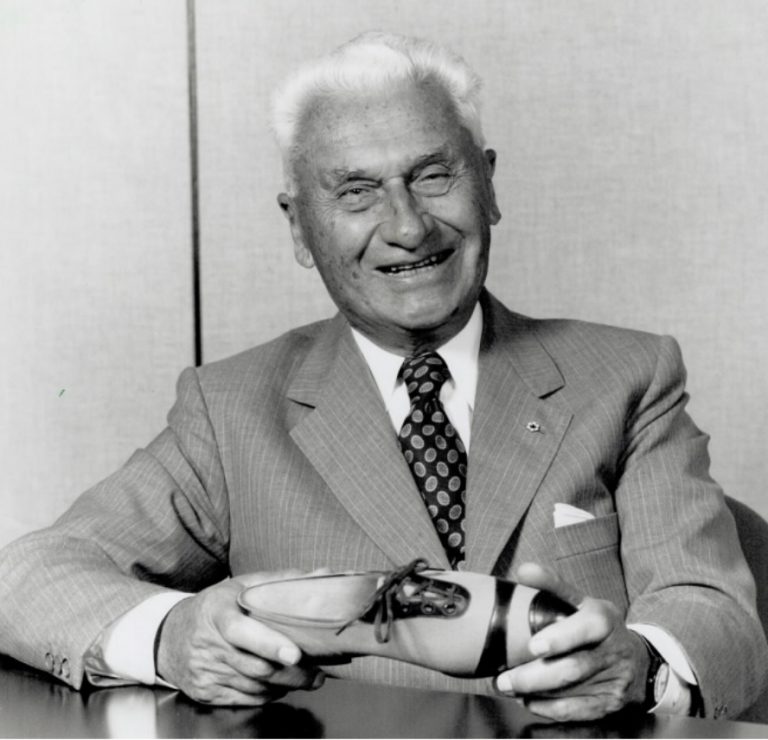 He was born in Prague, September 17, 1914. He spent his entire childhood in Zlin, from an early age he was involved in the world of footwear by his father, who, in addition to the company, also developed the entire city. His childhood was beautiful, he had a lot of friends in Zlin and no one paid too much attention to the fact that he was the son of a factory owner. His peers perceived him as equal. He preferred to spend time by the river, inventing various boyish mischief. More than once, his father sentenced him to house arrest, because boys sometimes become real rascals. His father’s upbringing was strict in many ways. He sent him to England for his first foreign studies. At that time, Tomik was in the first grade of primary school.

Thomas J. Bata, for many always Tomik, or Thomas Bata Junior. He was the only son of Tomas Bata, the founder and his wife Mary. His father, the founder of the world shoemaking empire, raised him on the basis of Bata’s values – honor, transparency and justice. Under his leadership, the Bata company became the largest footwear manufacturer in the world. 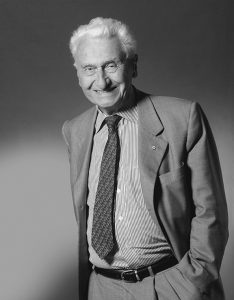 After attending schools in England and Switzerland, young Thomas began learning to be a shoemaker at Bata’s school of work for young men in Zlin. Two years later, while helping to establish a new Bata factory in Switzerland and awaiting his father’s inspection visit, he learned that his father´s plane had crashed on the way and that Tomas Bata, nicknamed the Czechoslovak Henry Ford, had died.

The company continued its remarkable development under the leadership of the uncle of Thomas J. Bata, Jan Antonin Bata. In 1938, Bata’s plants had 42,000 employees in Czechoslovakia and another 23,000 abroad. In Europe, Asia and India, nineteen Bata industrial cities were built according to the Zlin model. Thomas, who was not yet twenty years old, was entrusted with the management of the largest company stores in Zlin and later in Zurich. In 1935 he was sent to the British branch of the company in East Tilbury. In 1939, at the age of 24, when the German army threatened to cross the Czechoslovak border, he was given the task of establishing and running a new branch in Canada with 80 Czech employees and their families.

The Canadian factory developed successfully, producing footwear for the Canadian market and for export, and during the war years also war material for the Allied armies. As Zlin was under German rule, the company lost its foundation and thus its foreign companies were left to their own fate. All the while, Thomas tenaciously tried to stay in touch with them and trade with them. In 1945, the German army ceded control of Zlin to the new communist regime, which soon after nationalized the Bata plant in Zlin and throughout Eastern Europe. The losses were also significant in Asia, where two factories were destroyed as a result of Japanese raids and a well-established business in China was confiscated. The Bata company found itself “without a head” and really in ruins. Thomas began the rebuilding process by establishing a new headquarters in the United Kingdom in 1946. 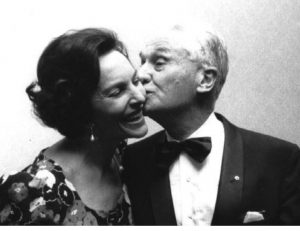 In 1946, he also married his lifelong love, Sonja Ingrid Wettstein, the daughter of a Swiss lawyer who worked closely with his father, Tomas Bata, to develop the legal basis for the company’s operations.

Visions to shoe the world

Since the management of Thomas J. Bata, the Bata company reached its greatest worldwide expansion. In 1984, it produced 220 million pairs and sold 314 million pairs of shoes in its stores. Bata thus became the largest shoe company in the world, operating 90 factories and 5,000 stores in 89 countries and having 90,000 employees. In 1984, his son Thomas G. Bata took over the management of the company. 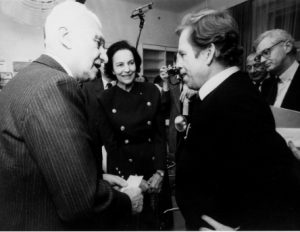 Thomas J. Bata´s return to Czechoslovakia in 1989 was undoubtedly one of the happiest moments of his life. Thomas and his wife Sonja were invited by a former dissident who became president, Vaclav Havel, and were welcomed by a crowd of thousands of citizens shouting glory in Prague and Zlin. Planning for the reopening of Bata stores throughout the country began immediately. In 1992, an iconic flagship from 1929 bearing the Bata company logo was reopened on Wenceslas Square in Prague.

The leave of the king of shoes

Until his death in 2008, Thomas J. Bata went to his father’s dream of becoming a “shoemaker for the whole world”. And he succeeded. He died on September 1, 2008 in Toronto – a few weeks before his 94th birthday. Sonja Bata followed him on February 20, 2018.