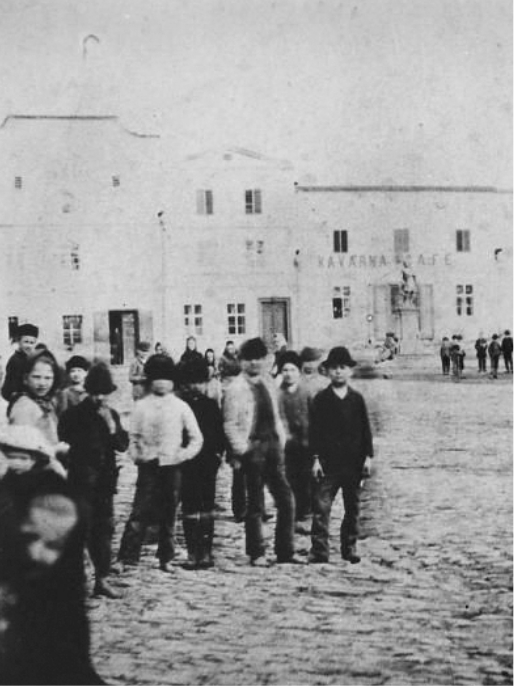 Tomas Bata was born in Zlin to a shoemaking family as a member of the seventh generation of families of local craftsmen-shoemakers; Tomas’s direct ancestor Lukas Bata is mentioned in 1667 as a shoemaker in Zlin

With the declaration of his father, Tomas and his older brother Antonin became adults, so that Tomas could start working as a business traveler and win contracts for his father’s workshop in Prague and elsewhere

As a fifteen-year-old, Tomas started to produce fleece shoes on his own in a workshop in Vienna- Döbling, however, this attempt soon failed 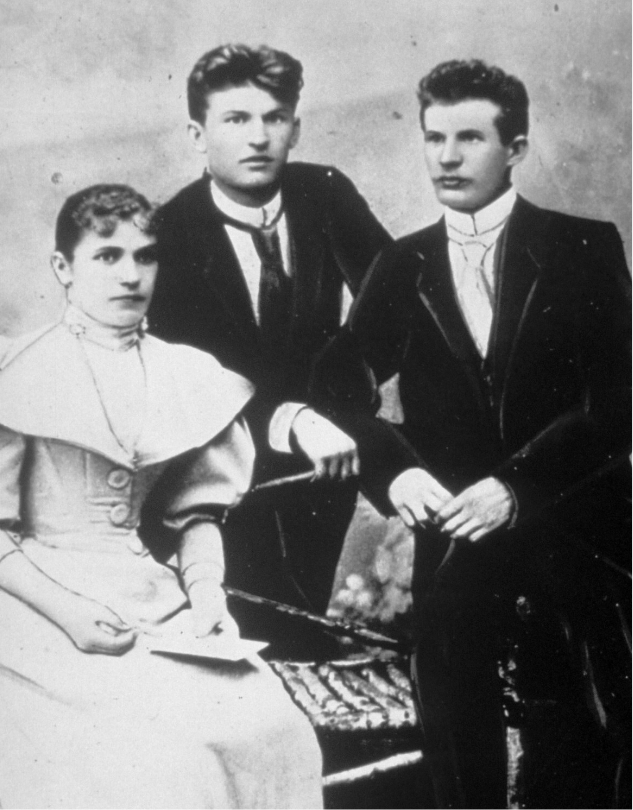 Antonin Bata obtained a trade license authorizing the production of footwear in Zlin; the family business was founded by his older sister Anna and younger brother Tomas, all of whom together made a capital of about 800 gulden; from its first address on Dlouha Street, the workshop soon moved to a house in the Zlin Square

After a year of business, the Bata sibling plant had more than 8,000 gulden debt and was facing bankruptcy, and at the same time Antonin went to war – so in October of that year Tomas himself remained in charge of the company – it took him about a year to avert bankruptcy, the company had 50 employees

The company launched light textile shoes called “BATOVKY”, their success with customers guaranteed the prosperity and growth of the company

Anna Bata left the company after her marriage. She became Anna Schieblova and was paid out her share; Antonin and Tomas remained as business partners of the company

On his way to Frankfurt, Germany, Tomas came to know the machinery for the production of footwear; he brought several simple machines to Zlin to improve production

Tomas’s and Antonin’s joint company was logged in the Commercial Register under the name T. & A. Bata, headed by Tomas; their first building was built near the Zlin railway station – and thus the construction of Bata factory complex began – the company had about 120 employees

A new field of business – a locksmith’s workshop became the basis of Bata’s engineering works. Brothers Tomas and Antonin attended the founding meeting of the Zlin organization of the Social Democratic trade unions

From January to May, Tomas lived in the USA and gained experience in the local shoe factories – he became acquainted with the American style of business and way of life; after returning to Europe, he visited factories in England and Germany 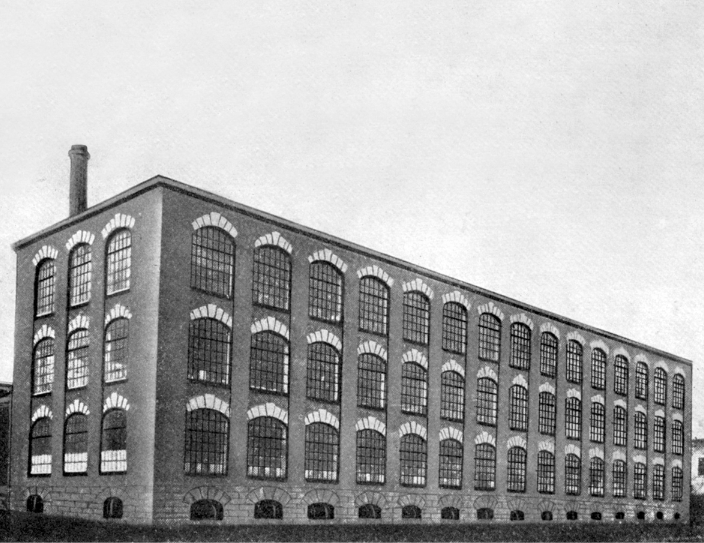 Using American inspirations, Tomas had a modern three-storey red brick factory building built – the company was paralyzed by a several-month strike by workers, and Bata halted the union activity within the company

After the death of his brother Antonin, Tomas remained the sole owner of the T. & A. Bata company

A kitchen with a dining room was set up for employees

Tomas Bata married Marie Mencikova, the daughter of the custodian of the Imperial Court Library in Vienna – the villa of Tomas Bata was completed according to the project of the Prague architect Jan Kotera; construction of residential houses for employees began

Thomas Bata junior was born; the company had 400 employees and was one of the major footwear manufacturers in the country; after the outbreak of war, Bata company won extensive government contracts for military footwear and expanded production

A Bata’s factory branch was established in Pardubice (it was in operation in the years 1917-1923) – new fields of business – agriculture, domestic shoe stores

Bata employed 4,000 workers; characteristics could be compared to American companies (F. Obrtel – America in Zlin) appeared to the public – new fields of business – forestry, building materials, newspaper publishing – employees could use services such as kindergarten and library, and improved training courses began for them

Tomas Bata stayed in the USA and got to know the companies of the automotive (Ford) and footwear (Endicot- Johnson) industries, during this stay he established his own factory in Lynn (it was in operation in 1919-1921) – new fields of business – wood processing, foreign shoe stores, company savings bank 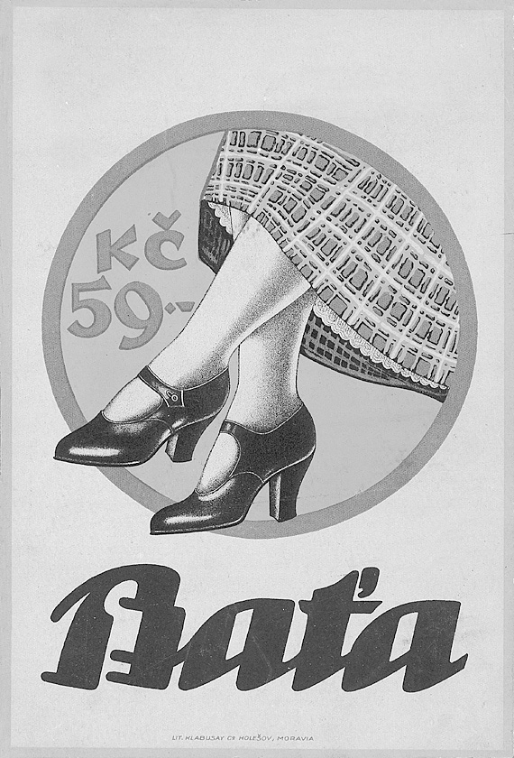 New field of business – advertising – the company had 2,210 employees

Free visits to the cinema for employees, the company orchestra was established

With the establishment of sister companies, Bata expanded its business to the Netherlands, Yugoslavia, Poland, Denmark, England – and in the following years also to many other countries

In order to overcome the crisis, Tomas Bata cut prices in half – he gained customers, dominated the Czechoslovak footwear market, started a new stage of company growth

Tomas Bata was elected mayor of the city of Zlin, then he held the position in the years 1923-1932 – a new field of business – shoe repair

Self-governing workshops were introduced into the organizational structure of the company and participation in profit and loss was introduced to strengthen motivation – these methods significantly increased production and economic results (“I was looking for a way that would work automatically as sunrise and sunset” – T. Bata); a research department was set up to support inventions and technical development
New fields of business – rubber, construction, rail transport, air transport (company airport in Zlin)
A company health and social department was set up; the factory complex began to be built according to the project “Factory in the Gardens” by architect Frantisek L. Gahura; a corporate Sports Club (SK Bata) was established to support sports; for the first time, Tomas Bata organized public celebrations on May Day

In search of new markets, Tomas Bata makes his first trip to India; when hiring employees, a psychotechnical laboratory began to operate
A new field of business – building design
Vocational education began to be provided by the company’s apprenticeship school – Bata’s school of work (Young Men, later also Young Women); Tomas Bata, as the mayor of the city, started the reform of public education in Zlin

The concept of modern Zlin as a garden city was published by mayor Tomas Bata and architect Frantisek L. Gahura 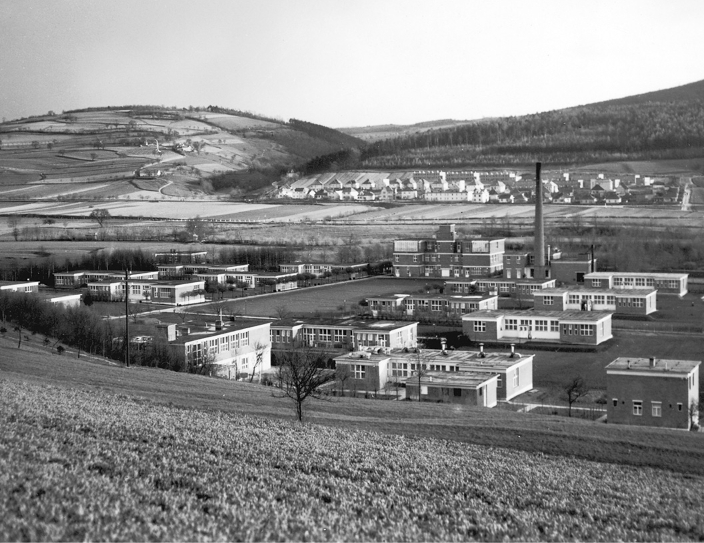 A new company airport was established in Otrokovice with the intention of introducing an international air connection there; the subsequent construction of Bata’s companies in Otrokovice formed a wider industrial agglomeration Zlin-Otrokovice; Tomas Bata published a proposal for the organization of the finances of the Moravian-Silesian country and offered to provide three thousand telephones to Moravian municipalities and schools
A new field of business – pedicure
Experimental schooling methods began to be applied in Zlin schools

The company’s production facilities were transferred to a five-day working week (45 hours); Tomas Bata published the intention to modify water management on the Morava River and the vision of connecting the rivers Elbe, Danube and Odra
A new field of business – insurance
A company footwear museum was opened, a zoo was established near Zlin Castle; the Zlin experimental schools took over the publishing of the pedagogical magazine “Creative School”; vocational secondary education – with the opening of evening courses at the Uherske Hradiste Business Academy in 1930, the formation of the Zlin Business Academy began (opened in 1937)

The company T. & A. Bata was transformed into a joint stock company – Bata Ltd., Zlin; Tomas Bata founded in St. Moritz Leader AG with a capital connection with the foreign network of its companies; Bata’s concern expanded to include leather factories in Trebic, Bosany and Nove Zamky, and a new shoe factory was built in Ottmuth (Germany); Tomas Bata proposed to the Prime Minister the program of regional development of Central and Eastern Moravia
New fields of business – textile production, gas industry
Together with the construction of factories and housing estates began the export of Bata’s Zlin architecture to many countries

Tomas Bata died in a plane crash in Otrokovice
His company had over 31,000 employees and had savings of CZK 152,000,000 in personal accounts
Bata did business in 36 fields of production, trade and services
The assets of Bata Ltd., Zlin as at 31 December 1931 amounted to CZK 920 million and were 80% covered by equity (share capital 175 million, reserve funds 515 million, retained earnings 46 million)
The annual production was 36,300,000 pairs of shoes; Bata provided 81% of footwear production and 75% of exports in the Czechoslovak Republic.
The group produced in Czechoslovakia (Zlín, Otrokovice, Trebic, Bosany, Nove Zamky, Krasice ) and also in new factories in Germany, Yugoslavia, Poland, Switzerland, France (others were built in England and India)
Bata’s world trade network included 2,500 stores (1,800 in Czechoslovakia, 700 abroad). Bata’s sister companies operated on four continents in 24 countries.
In July 1932, the management of the world company Tomas Bata was taken over by a three-member team consisting of Jan Antonin Bata, Dominik Cipera, Hugo Vavrecka
Dominik Cipera (1932-1945) took over the function of the mayor of Zlin

The company produced over 58,000,000 pairs of shoes
New field of business – export wholesale
The organization of the I. Zlin Salon created a tradition of fine art shows

Bata had 65,000 employees (42,000 in Czechoslovakia, 23,000 abroad);  a member of the company’s management Hugo Vavrecka held the office of Minister of the Czechoslovak Government (September-November 1938); Dominik Cipera, a member of the company’s management, became Minister of Public Works of the Czech-Slovak Government (December 1938)
New factory in  Liptovsky Mikulas
New business branch – river transport (Bata canal)
In Zlin started a higher vocational education institute – Tomasov –  as a school for corporate managers (1938-1940)

The company Bata did business in 42 fields of production, trade, services; factories and sister companies in 39 countries; its worldwide sales network included 5,500 shoe stores; After the German occupation of the company’s management in Zlin formed a management team composed of: Dominik Cipera, Hugo Vavrecka, Josef Hlavnicka, the impact on the management of the German occupation authorities forced
The new factory Simonovany -Batovany (Partizanske), Zruc nad Sazavou, Sezimovo Usti; other factories in Europe, Africa and America; A new field of business – spa (Bojnice)
In Zlin started the activity of a higher vocational education institute – School of Arts (today Secondary School of Applied Arts in Uherske Hradiste)

Thomas Bata junior went into exile in March 1939, then landed in Canada and built a factory there in Batawa; Jan Antonin Bata went into exile in June 1939 and then, when he was forced to leave the USA in 1941, he settled in Brazil in the newly founded Batatuba; Jan A. Bata lost influence over the management of the company and since 1941 the work of Thomas Bata junior has been growing in this direction

The Zlin management, led by D. Cipera and H. Vavrecka, managed Bata companies in continental Europe with 85,000 employees; other Bata societies were in the British Empire, the American continent, Africa and Asia 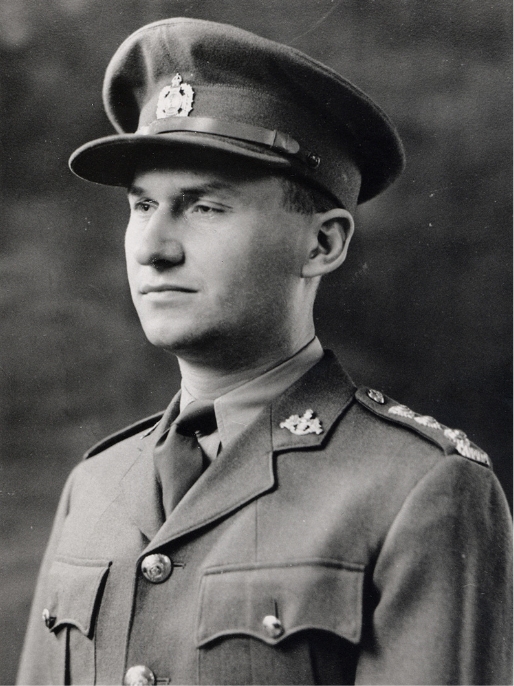 During the war against Germany and Japan, 235 Bata employees fought in the Allied armies; Mary Bata was present in Zlin and together with her the company’s management contributed to activities against the German occupiers – among other things by supporting fighters in the Slovak National Uprising and by supporting guerrillas in Eastern Moravia; Thomas Bata junior cooperated with the Czechoslovak resistance of the government of exile E. Benes in London

Almost three quarters of Bata’s companies were lost through nationalization interventions in Central and South-Eastern Europe, 38 factories and 2,168 stores remained in Bata’s Western organization, 34,000,000 pairs of shoes were produced, the company had 34,000 employees

Representatives of the Bata company were brought to justice in Prague and Dominik Cipera was released; In a politically constructed trial, Jan Antonin Bata was unjustly convicted of refusing to openly join the Czechoslovak war resistance;
lawsuits have been initiated between Thomas Bata junior and Jan Antonin over the Swiss company Leader A. G., statements by US courts in the years 1950-1960 confirmed the ownership of Thomas Bata junior

Representatives of Bata’s plants – Dominik Cipera, Hugo Vavrecka and Frantisek Malota – were convicted in a politically constructed trial at a court in Uherske Hradiste

Bata’s production and sales activities operate in 79 countries around the world: 66 factories, 4,100 stores, annual production of 175 million pairs of shoes 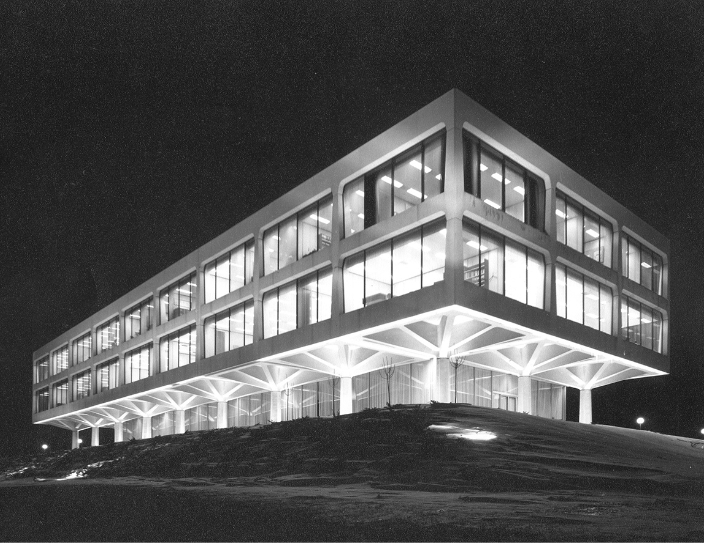 The Bata Shoe Museum was founded in Toronto

A university was established in Zlin named after Tomas Bata, the company’s founder

Son Thomas George Bata took over the management of the company from Thomas Bata junior, the headquarters of the organization became Lausanne in Switzerland